dolphin reproductionThe age of maturity for dolphins varies significantly based on many factors. The location where they live, the temperature of the water, food sources, and even the species all play a factor. For females, that age can range from 5 to 13. For males it is often much later with the range being from 9 to 14 years of age.

Males can be very aggressive towards each other when it comes to the right to mate.They make sounds to warn each other off and they may collide their bodies against each other. The use of the fluke is very common when it comes to males trying to show their strength. There is usually not any real damage from these battles, but they can continue until the males are exhausted and until one of them goes away in defeat.

The female will mate with the one that is the strongest and most dominant. The males can be very aggressive too with females that aren’t very responsive to the advances. The male can quickly become impatient with a female that doesn’t want to mate with him. Sometimes, dolphins will show signs of sexual activity towards humans or other forms of aquatic life they come into contact with. 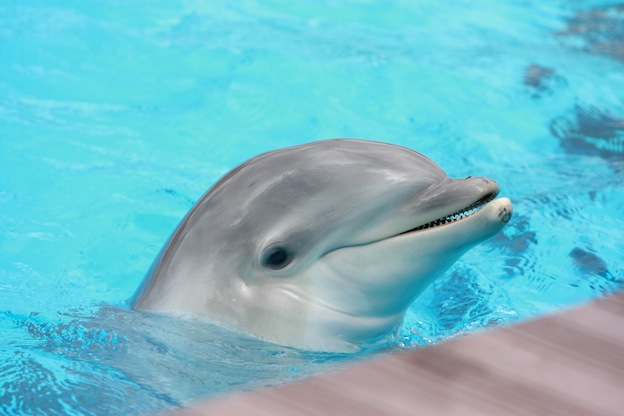 If the female is responsive to the male, then he seems to be more relaxed. There can be plenty of touching and interacting with a pair of dolphins before mating takes place. They pair will likely engage in mating several times over a period of a few days. Then the male will move on with the quest of looking for other females that he could possibly mate with.

The amount of time it takes after mating for the offspring to be born varies based on the species. The shortest time span is 12 months for the Tucuxi Dolphin and the longest is for the Orca which is about 17 months. For all other species, it is in that given range and even location can play a role in when the offspring will be born. It is very rare for twins to be born, but it has been documented. Almost all births though are singles and it is quite an amazing experience.

What is very unique about the birth of a dolphin calf is that it is born tail first instead of head first like all other mammals. The females will move to very shallow water for the young to be born. They are often accompanied by one or two other dolphins that will assist with the birth. Usually, those assistants are females but they can also be male.

The assistance is very similar to the birth of a human baby. The other dolphins soothe the mother and they help with the calf when it is born. They aid the calf to the surface of the water to get its first breath. These young are coordinated to swim, they have their eyes open, and their senses are fully alert. 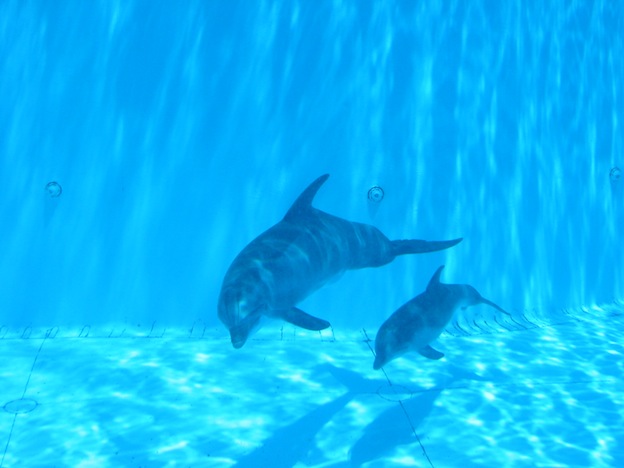 At the same time, other dolphins of the pod will keep a close circle around the offspring and the mother. They want to make sure that the blood from the birth isn’t going to attract any predators. When the pod is in movement, the young are at the center of it, with protection all around to help them have the best chance of survival.

The young measure from 33 to 55 inches when they are born, depending on the species. They can weigh from 23 to 65 pounds at birth. They will consume milk from their mother for 1 year to 1 ½ years. They will be introduced to fish and squid though when they are around 4 months of age. The fat in the milk helps them to grow very quickly.

After being fully weaned, the males will leave the pod and either create their own pod or join another one. The female offspring may live in the same pod as their mother for their entire life. If they do leave, they will be within a very close proximity.

A mature dolphin will usually only have 1 calf every 3 to 6 years. This slow rate of reproduction is one of the common problems that makes it hard to increase the numbers of any species of dolphin.

This site is protected by CopyScape

Students and teachers are allowed to use this information for school projects and homework.

The Portal of Life on Earth, Biodiversity, Animal Facts

Receive information about animals, environment, nature and our planet.