Pushing During Labor: The harder you push the longer it takes? Directed Vs. Spontaneous Pushing 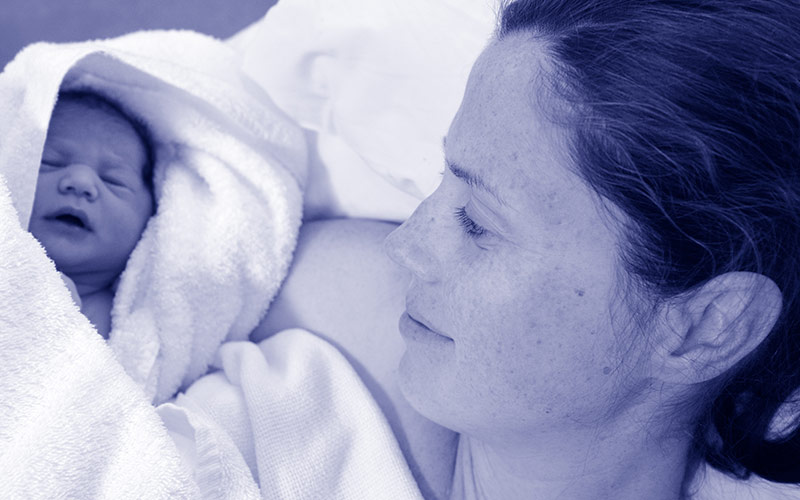 When most people think about the pushing phase of labor what comes to mind is a woman laying on her back with her legs in stirrups and the nurses, coaches and doctors telling her to hold her breath and push as hard as she can as they count 1…2…3…4…5…6…7…8…9…10 three times before resting and doing it again, and again, and again. Keep in mind the average time for pushing for first babies is about 2 hours (I have seen this last much longer). Not only is the woman told to push harder than she’s ever pushed before, without the aid of gravity, but to push through the pain, even though she rarely feels like she’s making any progress until the very end. This type of pushing is called directed pushing and is the most common way to push a baby out in the U.S, but is it the best?

Directed pushing (push the way they tell you to push!)

Directed pushing, also known as Valsalva Pushing, is used for women who have epidurals because usually, though they may feel some pressure, they can’t feel the incredibly overwhelming urge to bear down and push and need guidance and direction to be able to effectively push babies out. Because of the prevalence of epidurals at hospitals, this kind of pushing is used so often that it has become the norm for everyone; epidurals or not.

“laboring down”, What is that?

The epidural does allow for “laboring down” a method many hospitals have adopted which allows a woman to rest while her body spontaneously brings the baby down to a lower station (position in the pelvis) before beginning to push. Without an epidural a woman would typically be overwhelmed by the urge to push and be unable to stop herself. Even with an epidural, laboring down can be uncomfortable for women who are feeling excessive amounts of pressure with the contractions but it can lessen the time a woman pushes.

OK, so what about women who don’t use epidurals?

From outward appearances it seems as though using all the force possible and pushing as hard as you can for as long as you can with each contraction would be the most efficient way to get a baby out. From my experience this is not the case. The longest pushing times I have had with women, the most trauma to the perineum, and the most exhaustion post birth have been when directed pushing was used. I’ve also seen many women, myself included, break blood vessels in their eyes and greet their new babies with swollen faces and muscles so sore they can barely walk the next day. If you yourself know the feeling or have seen someone go through this, you may be surprised to know there is another way.

Spontaneous pushing (push the way your body wants to push!)

It’s called spontaneous pushing, when a woman waits until she feels an overwhelming urge to push and follows her body, bearing down with that urge and allowing her body to dictate the amount and intensity of the push. From my experience I have noticed that the force of the pushing varies throughout the pushing phase, sometimes strong, long and powerful, other times pushing comes in short grunts. Very seldom during spontaneous pushing does a woman, who is following her body’s lead, hold her breath for extended periods of time.

Some of the most amazing experiences I have had with birthing women have been during the pushing phase of labor. There is a calm surrender that washes over a woman when she lets go of her thoughts and expectations and immerses herself completely in the moment—in the powerful sensation and urge, moving and expanding with her body, in complete rhythm and harmony.

It is in these moments that spontaneous pushing is so effective. Women who are in touch with their bodies will feel an overwhelming urge to push at some point during the contraction and move themselves into the position that their body wants to be in, bearing down with amazing force. Women I have supported who utilize spontaneous pushing relay the experience back to me as powerful, sometimes sensual, completely instinctual and they often experience a state of feeling like they have stepped out of space and time.

Is there any research to back up these claims?

With this in mind it is important to inform women on the availability of spontaneous pushing before they go into labor. Many OB’s are quite happy to allow spontaneous pushing if requested by the woman but many women aren’t aware of it’s existence and benefits.

Do you have any experiences with spontaneous pushing? If so, please share them here, and help other pregnant moms feel empowered as they transition to motherhood.

This site uses Akismet to reduce spam. Learn how your comment data is processed.

Stay in touch with The Dolphin Method and Jennifer More

Thank you so much for visiting the Dolphin Method website. We hope you will consider signing up for our mailing list. From time to time we send out information about our Prenatal Yoga Teacher Trainings, Womens Yoga Workshops, and Doula Trainings as well as information about our videos, books, and other products to help you have the best birth you can have or assist others with their pregnancies and births.

You have Successfully Subscribed!